so far its been a year that they have lived there and peter and her end up falling in love, also, they let a new person in there house (the secret anexxe)

Now Anne and her family are in the secret annaxe and the war is going to start soon. They have to be really qiut because they are in hiding.

I got up to page 20, and so far Anne likes a couple boys. She is in hiding from the Germans she is a jew so if the Germans find her, she will either be killed or her dad will be sent to  a concentration camp. Or her whole family will be killed or just sent away to the concentration camp. She said in her diary, if her dad is taken away then no  familys would be able to live without a man. She Is living with the Van dans (a family) and there in hiding together. that is what i knnow so far.

Heat is energy transferred from one body to another by thermal interactions.  Heat travels in waves like other forms of energy, and can change the matter it touches. It can heat it up-which starts molecules moving or it can cause chemical reactions like burning to occur.

Movie trailer here.
This Movie is rated 14a, so I would recommend this movie to people 13 and up because i’m 13 and saw it in the theaters. There is a lot of swear words so its totally up to you and how strict your parents are. Its a comedy movie, its like hilarious and its my favourite movie. Its about a girl who steals peoples identitys and spends a bunch of money on her self.  The the guy has to go and find her so he can get his identity back and find the person who stole his identity. His name was Sandy Biggillo Patterson. So, yea you should watch it!

The Name of my book that I chose is called Perfect. It has 166 pages, 25 chapters and was written by Natasha Friend. And it is a real life fiction novel.Perfect is about a girl named Isabelle Lee. She is 13 years old and she is struggling with depression, and anxiety.She has a sister, her name is April, but she calls her Ape Face. She lives with her mom and her dad past away when she was 11.

The book begins with Isabelle on her knees and her head in the toilet forcing herself to puke. Ape face saw her then told her mom.Once her mom found out, Isabelle ended up having an Eating Disorder and she attended Body Image Therapy Youth Group. She is trapped in a room with an orange carpet and no air circulation. Isabelle is amazed when Ashley, the most popular and prettiest girl in school walks in the door.She lives in a world where appearances are that matter, coping takes some interesting and potentially harmful turns.The characters seem like real people because when I was watching intervention, there was a girl just like her. The setting is really well described because the group therapy has an orange carpet and no air circulation so they explained it good. The story was really easy to read, like I understand it and everything, but it kind of got boring near the end. My favourite part of the story is when she loses 15 pounds because she makes a big deal about and it gets really good.  I liked Ashley Barnam the best because she is the nicest and she is the prettiest.  I wouldn’t recommend this book to my friends because they would think it was weird with all of the depression and anxiety stuff in it.

I have been lookining at some 12 year old bloggers, I found one blog that was really cool. Her name was Tess, i foung it really interesting!

Go check out her blog!!

END_OF_DOCUMENT_TOKEN_TO_BE_REPLACED

holes is a movie, it is about a couple of teenage boys who were bad and were sent to this milatary thing.

When they go there, they just dig ho0les in ther desert.

Have you ever seen this movie? 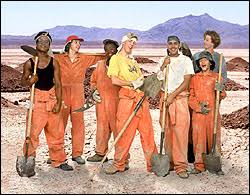